﻿We are a cross-cultural team, from Sicily and the United States.
Making the film together is a way to create a film that communicates the profound beauty of Sicilian traditions both locally and globally. ﻿

After many decades as an art historian and museum curator, Fabrizia took over the Anna Tasca Lanza Cooking School from her mother, Anna. Back in Sicily, she began to create the foundations for what will become an archive of videos focusing on the techniques of foods in danger of extinction. Fabrizia travels often to the United States to produce events focusing on Sicilian cuisine in the best restaurants on the East and West Coast. These have included Alice Water’s Chez Panisse and Mario Batali's restaurant, to mention only the most famous. Fabrizia receives and teaches guests and young talented chefs at the school, teaches annually for the Masters in Gastronomy at Boston University, and hosts interns who work for her at her cooking school. She has published her first book, Olive, A Global History, with Reaktion UK in 2011 and her first cookbook, Coming Home to Sicily. She is also following in her mother’s footsteps in curating a garden of citrus and antique roses.

Fabrizia runs our crew and is the creative designer of the project. She is both our general and our mother hen.  She spends hours on the phone coordinating film shoots with local Sicilians, arranging interviews for the film, and researching recipes. As the face of the project, she promotes the film and its slow food mission both locally and abroad.

It is  said that when you meet native Sicilians, in any part of the world you might happen upon them, they will eventually talk to you about Sicily. And Giacomo is indeed a native Sicilian and this film is his way of telling you about his home island.  Growing up on panelle (Sicilian fritters) and Youtube videos, he graduated from the Academy of Fine Arts in Palermo, Sicily. He then worked in a group of creative artists in Salemi by Oliviero Toscani, where his passion for the image as a form of communication was cemented.  He now lives in Milan, where he is completing a Master's in Photography at the Academy of Brera while working as an independent filmmaker. Samples of his film and photography can be found on his website.

Giacomo is our cinematographic rock star. While on location, he can be always found carrying about three tons of equipment. He directs every filming session and mans his 5d and 7d Canon cameras and his many lenses and accessories with grace and admirable focus. He is also in charge of editing of the film, which he will do in both Milan and Sicily.

Lena graduated Magna Cum Laude in May of 2013 from Pomona College in Claremont, California, with degrees in environmental anthropology and politics, with a minor in religious studies. An Udall Scholar Award Recipient and a  Rhodes and Marshall Scholarship Finalist, her research focuses on ecotheology (Christian environmental ethics). She plans to pursue a PhD in the subject, focusing on the question: What is Christian community and healing on a planet rife with ecological illness? She likes to blend theological and anthropological methodologies with geographic informational systems (GIS), and has used these techniques to study Catholic Franciscans dealing with bauxite mining in the Brazilian Atlantic Forest, Pennsylvania Lutherans grappling with natural gas fracking, and Latinos looking for solutions to food insecurity in urban California. She loves sustainable farming (especially goats!), cooking, hiking, and knitting.


Lena was our American liaison and do-it-all girl from March 2013-June 2014. She coordinated the Kickstarter fundraising campaigns, ran the website and blog, and aided Fabrizia with the content development and logistics for the project. On location, she helped Giacomo with the filming, took photos for the blog, and tried to lose as many of her possessions as possible.

Erica graduated Magna Cum Laude and Phi Beta Kappa in May 2014, with a coordinate degree in English and environmental studies from Bowdoin College in Brunswick, Maine.  A 2013 Udall Scholar award recipient and former  editor-in-chief of her college newspaper, she is interested in pursuing multimedia storytelling about the intersections of humans and their ever-changing environment. She recently completed over 20 interviews and wrote a  200-page literary nonfiction thesis about the intersections of myth and policy in the controversial reintroduction of gray wolves to her home state of Oregon. She has previously blogged for Nowhere Magazine, written about organic farming for Culinate.com, and assisted with filming in Vietnam for the upcoming Ken Burns Production Company & PBS Vietnam War documentary series. She loves hiking, cooking with fresh produce,  and word games.

Erica took over Lena’s duties for the second half of the project, and she is overseeing the logistics of filming, editing and promotion from July- December 2014. She is helping Giacomo with the last two festivals in the summer, aiding in the final construction and polishing of the film, and working at garnering media attention for our project. Erica is also preparing all of the film festival applications and planning our press tour and premier.

Umberto started his career as fashion photographer in Milan, where he has also taught photography for many years at the Art Academy, "N.A.B.A." (Nuova Accademia di Belle Arti). After the advent of the digital world, Umberto opened his horizons to digital photography and graphic design. He is currently based in south Sicily and his work consists of fine art photography that he mixes with graphic design for corporate and brand communication. You can see examples of his photography here, on his website.

Umberto is the photographer for the project's accompanying cookbook and comes with us on location to photograph the food, the people, and the landscapes of Sicily. With his several digital cameras, he mills about the shoots, snapping photos. Umberto is, without a doubt, the sanest and most even-tempered member of our team and keeps us all in good spirits and smiling.
Find out more about Our School 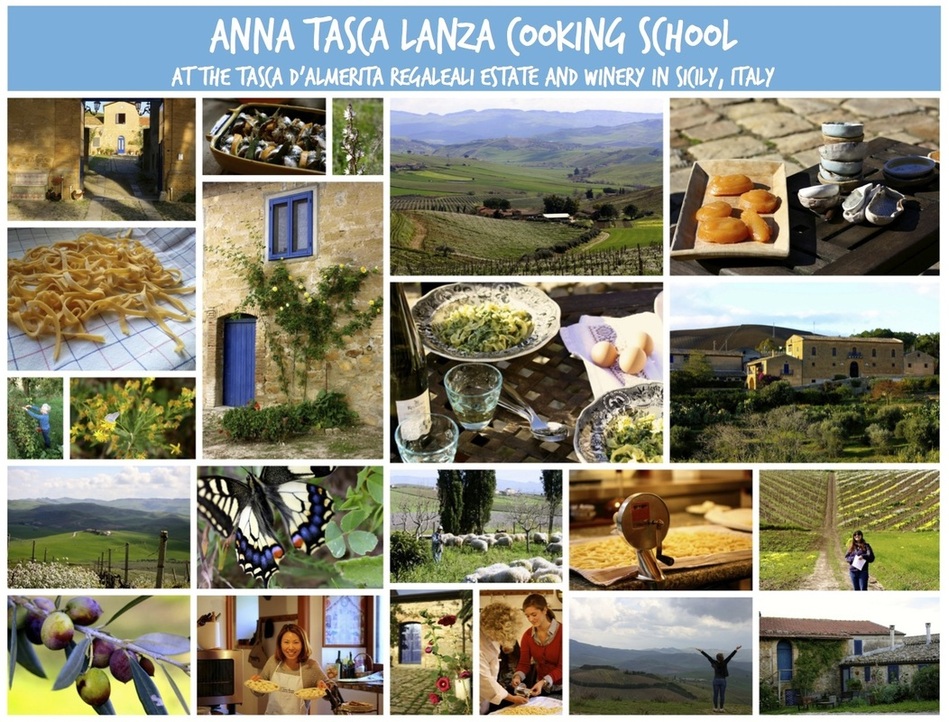 At Case Vecchie, located on the Tasca D’Almerita Regaleali Winery & Estate, you will discover much more than just another cooking school. Founded by Anna Tasca Lanza in 1989, the school at Case Vecchie offers an authentic Sicilian experience for anyone who shares a passion for cooking, slow food, wine, & natural beauty.

In its 30-year history, the cooking school has gained an international reputation, attracting famous chefs to the school, such as Julia Child, Alice Waters, and Jamie Oliver. Anna’s daughter, Fabrizia Lanza, currently runs the school, with the help of her younger cousin, Costanza. Fabrizia, and Anna before her, travels all around the world promoting the mission of the school and her family’s excellent wine.

The school attracts visitors of all ages and experience levels from many countries. We offer a wide variety of programs, from a short lunch lesson to a five-day “food and culture” immersion experience. We teach our students traditional Sicilian recipes and  culinary techniques, as well as giving them an introduction to our local food shed. 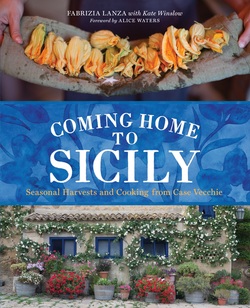